Hello, my name is Mr. Ryan Witt and I am the Head of School for TIS. I am honored to have the privilege of welcoming you to Tianjin International School.

For over thirty-five years our school’s doors have been open to foreign passport holders living in this wonderful city of Tianjin, China, and inviting them to participate in a well-rounded, high-quality education program. The encouraging and diverse atmosphere of our school provides children a unique environment to gain cultural enrichment and age appropriate development. From our Foundations Class to our High school, there are moments at every turn for students to discover something new, to grow in their abilities, and to encounter a life-changing experience.

I am confident that whether your child is three years old, finishing high school, new to international schools, or a long-time attendee, you and your family will feel right at home in our school. The education is rigorous, but the opportunities and experiences at our school are incredibly rich and give the students that start here the ability to go anywhere.

So, come; we would love for you to visit our campus, meet our exceptionally qualified and friendly staff, and see what it means to be a part of the TIS family.

Tianjin International School was founded in 1986 to provide an American educational program for the children of Leadership Development International (formerly MTI) employees. Classes began in the fall of 1986 in temporary classrooms at the Tianjin Grand Hotel Conference Center. The school initially had 30 students, 6 full-time teachers, and several part-time teachers.

In May of 1987, the school moved to the eighth floor of the Intertech Building. In 1991, the school expanded to include children of expatriates living and working in Tianjin or its surrounding environs. The school quickly outgrew its classroom space at the ITC Building and moved to the Xing Guo Junior High School building in 1993. During its seven years at Xing Guo, the school continued to grow and expand its program offerings.

In the summer of 2000, TIS moved into the Sun Hope Building in the Huayuan Technology Zone, which provided much needed room for expansions of its programs. After more than a decade there, the school moved back to the Hexi District and opened its doors at the current campus on January 30, 2012. In what was a miraculous provision, the school campus more than doubled in size and added many facilities that increased the richness of the student experience.

This year, we celebrate 35 years of educational excellence in Tianjin. The school campus now serves over 300 students, with over 45 foreign teachers, and contains many facilities that increase the richness of the student experience.

World-class leaders raised up in every vocation.

Our purpose-built campus houses our ECC, Elementary, Middle and High School over 4 floors and is designed to provide an optimal learning environment for all students.

Key features of our amazing campus include:

TIS has been an accredited educational institution since 1992. From 1992-2021, TIS was accredited by the Western Association of Schools and Colleges. As of the beginning of the 2021 school year, TIS has changed it's accreditation to Cognia. Cognia offers accreditation and certification, assessment, professional learning, and improvement solutions to institutions and other education providers. As a global nonprofit working in over 80 countries, Cognia serves 36,000 institutions, nearly 25 million students, and five million educators every day.   TIS is also registered with the Tianjin Education Bureau. These two accrediting bodies attest to the high standard that we have achieved and continue to maintain. We are also members of EARCOS, ACAMIS, AMIS, ISCOT, and ISAC. These memberships provide us with inter-school competition in sports music, art and science. 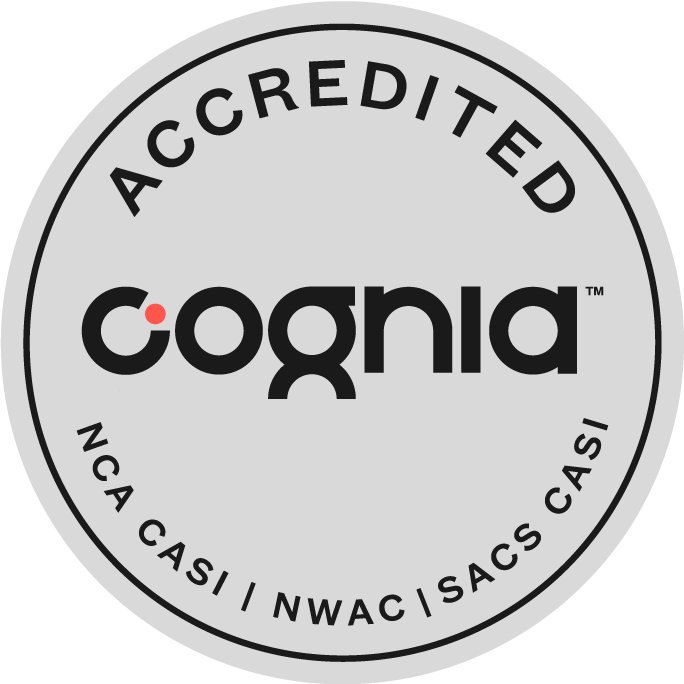 Read our most recent annual report.